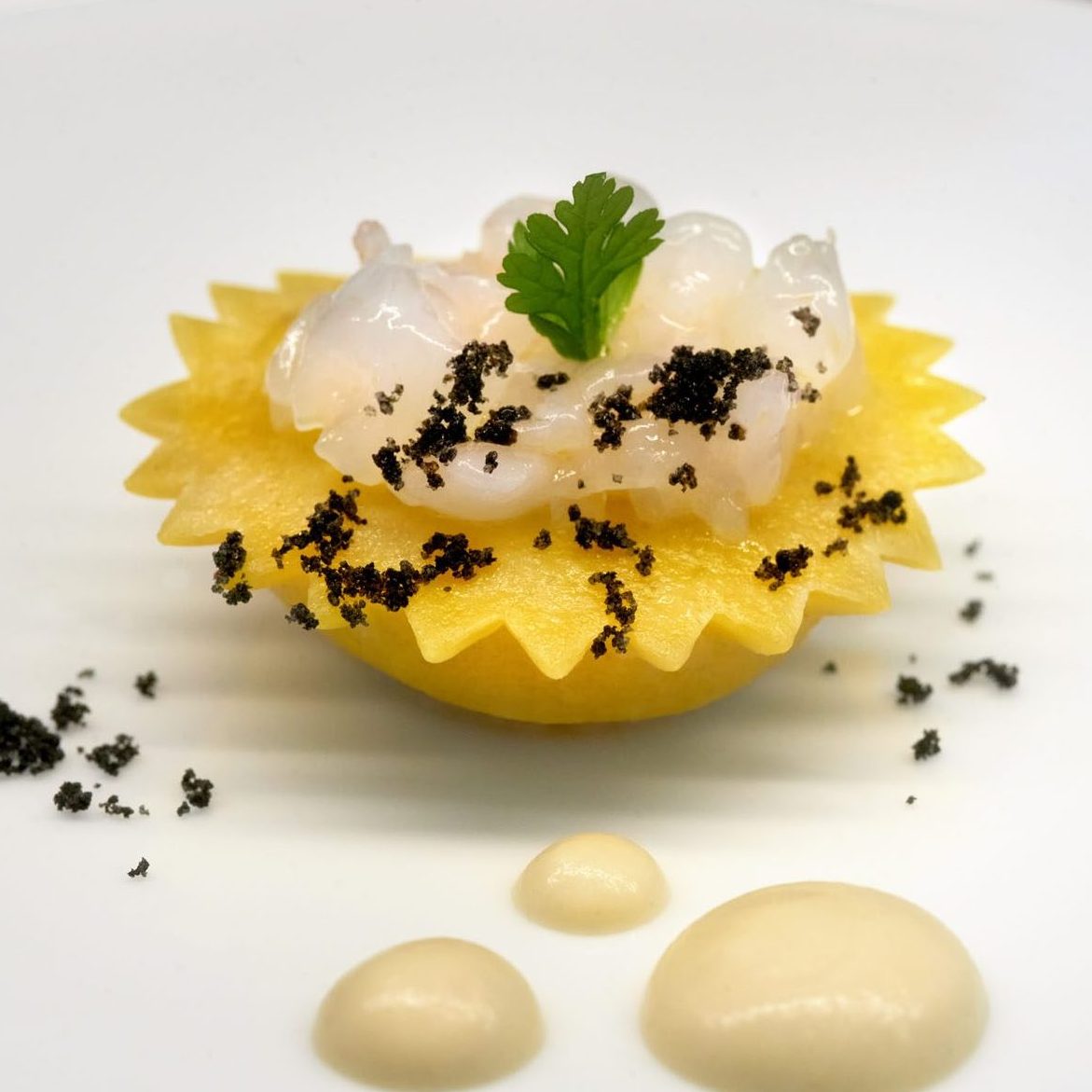 The influence of the sensory environment when eating was demonstrated in the Food Sounds Ritual of Cacio & Pepe Day during a dinner at the Armani Restaurant in New York. Cacio & Pepe Day is a set of transversal food events that  affect the senses of diners through the skillful use of gastrophysics and technological innovations.
It is no longer just about food and wine, but also about culture, design, teaching, awareness of the passage of time, conviviality and presence of body and mind.

Through the mastery of gastrophysics, a science that studies the connection between human senses and food, Cacio & Pepe Day has managed to convey the message that our perception of taste is highly influenced by the environment around us, by sounds, lights, smells and materials that, without realizing it, pass through our hands. These multisensory techniques were already being experimented with by the Italian futurists of the in the early 20th Century.

Charles Spence and Antonella Bondi reviewed and created sensory solutions capable of improving the pleasure of food at the Armani Restaurant in New York.

It all started with a soundtrack that welcomed the guests, “That’s Amore” by Dean Martin, which immediately made it clear that the theme of the experience was of Italian origin. In fact, music can begin to shape scenes in the mind and prepare people for the enjoyment of food and help them make mental connections.
There was a discussion on the power of music to influence shopping habits from a study in a supermarket (Journal of Applied Psychology The influence of in-store music on wine selections. (North, Hargreaves, & McKendrick 1997)): the shelves were full of German and French wines, in the days when French music was played, 83% of sales were French wines and 17% German. However, when German music was played, the situation reversed with 66% purchases in German wine and 33% in French wine. Consumers seemed unaware that they had been influenced, this is because no one attributes that power to music.

The menu designed by chef D’Angelo at Armani was accompanied by the Food Sounds Ritual of Cacio & Pepe Day. Each dish was enhanced by the olfactory, visual and sound characteristics of the specially set up environment.

AMUSE BOUCHE – WELCOME ENTREE
(Rustic Babà- “bresaola” of beetroot-mayonnaise with basil and shallot-Cannoncino with provolone and zucchini-Gnocco alla “Sorrentina” -Macaron) Sounds of the sea – a recording of the sounds of the seaside was played,  cueing the diners for the experience of seafood

The sounds we hear can prepare our minds for and trigger memories. Charles Spence created the classic Sounds of the Sea soundtrack with Heston Blumenthal to transport diners to childhood memories of the seaside

In the same way that sound can set a scene and improve the enjoyment of food, so too can smells. This is where Antonella Bondi comes into play with her pure and edible fragrances. This first dish was introduced by a scent trail of Sorrento lemons, and not by chance. Also according to the teachings of gastrophysics, between 75 and 95% of what we consider “taste” is actually perceived by the olfactory receptors located in the nose, therefore, by increasing its activity with complementary fragrances, part of the taste has already materialized even before brings the fork to his mouth.

If the sounds of the sea enhance the taste experience of fish and shellfish dishes, the same can be applied to courses in which meat is the protagonist. The course of Wagyu was accompanied by the reproduction of animal sounds, this to make diners reflect on the origin of their food.  This dish also incorporated Black Pepper Fragrance at the pass.

to make the cassata100% enjoyable, the air breathed by the people sitting around the tables was softened by the fragrances of oranges from the Sorrentine Peninsula and cassata, fragrances designed specifically to make the moment of the multisensory dessert.

Not just food … Even the moment of drinking is influenced by a series of environmental factors, which is why at the CacioPepe Day dinner the Hug & Up Spritz cocktail was tasted initially without any kind of fragrance, and then with the most fragrant scent of Bergamot.   Using sound in the environment to transform perception of taste Amaro Quintessenza di Nonino was served with Sonic Seasoning to bring to the fore first bitter and then sweet flavours

Manage Cookie Consent
To provide the best experiences, we use technologies such as cookies to store and / or access device information. Consent to these technologies will allow us to process data such as browsing behavior or unique IDs on this site. Not consenting or withdrawing consent may adversely affect some features and functions.
Manage options Manage services Manage vendors Read more about these purposes
View preferences
{title} {title} {title}

Do you think you have a secret ingredient that makes your Cacio & Pepe the most original of all?
You are not the only one who thinks it: then prove it!

On the occasion of Cacio & pepe Day, on November 14 the best reinterpretation of the classic recipe will be awarded.
For the winner, a special prize: the creation of his own recipe in the event at the Triennale in Milan.
What are you waiting for to sign up!